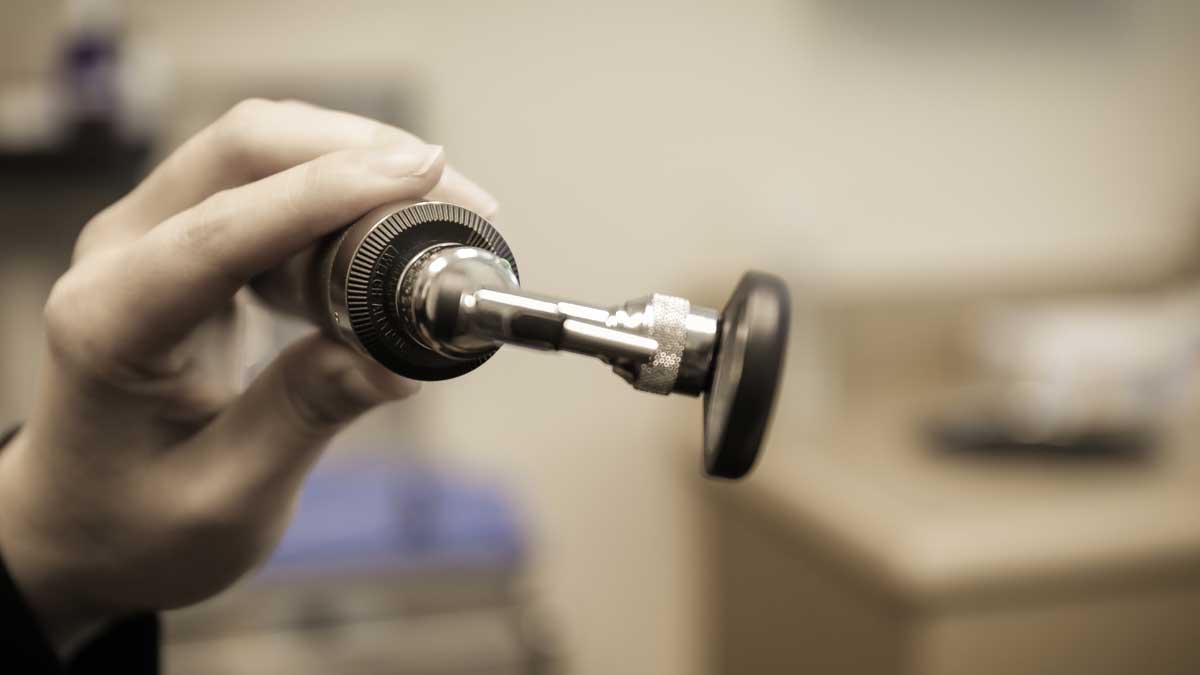 Sleep apnea is a potentially serious medical condition when a person stops and starts breathing repeatedly throughout the night. This results in poor quality sleep. Individuals with sleep apnea often have symptoms of snoring, restless sleep, difficulty getting out of bed in the morning, daytime tiredness, difficulty concentrating, and headaches.

There are 3 Types of Sleep Apnea

Obstructive sleep apnea, which is the more common form, is when the throat muscles relax, leading to snoring and difficulty breathing. When the muscles relax, your airway narrows or closes as you breathe in. As a result, the body can't get enough air, leading to a lower blood oxygen level. The brain then senses your inability to breathe and rouses you from sleep to reopen your airway. These episodes are brief and frequently unnoticed. Bed partners may notice that you snort, choke or gasp at night. This pattern repeats itself throughout the night impairing your ability to reach the deep, restful phases of sleep. Central sleep apnea occurs when your brain doesn’t send proper signals to the parts of the body that control breathing. This means that you make no effort to breathe for a short period. You might awaken with shortness of breath or have a difficult time getting to sleep or staying asleep. Complex sleep apnea syndrome, also known as treatment-emergent central sleep apnea, occurs when someone has both obstructive sleep apnea and central sleep apnea.

Obesity greatly increases the risk of sleep apnea. Fat deposits around your upper airway can obstruct your breathing. Having a thick neck. People with thicker necks might have narrower airways, also making it difficult to breathe at night.

Having a Narrow Throat

Large tonsils and adenoids can block the airway, particularly in children. Being male. Men are two to three times more likely to have sleep apnea than are women. Being older. Sleep apnea occurs significantly more often in older adults. Use of alcohol, sedatives or tranquilizers. These substances relax the muscles in your throat, which can worsen obstructive sleep apnea.

Smokers are three times more likely to have obstructive sleep apnea than are people who've never smoked. Smoking can increase the amount of inflammation and fluid retention in the upper airway. Nasal congestion. If you have difficulty breathing through your nose — whether from an anatomical problem or allergies — you’re more likely to develop obstructive sleep apnea.

Untreated sleep apnea can result in several complications including:

The treatment of sleep apnea usually begins with a simple at home sleep study. During this, you will pick up a home sleep study device and sleep with the sensors in place for 1 to 2 nights. Your doctor will use the results of this study to answer 2 questions:

Depending on the severity of their sleep apnea, patients will be given several different options. One option is starting you on a CPAP, which stands for continuous positive airway pressure device. The basic design of this device include a control box, a hose and a mask. These devices apply a constant pressure to the upper airway to prevent collapse and obstruction. People with sleep apnea sleep with their CPAP every night until it resolves.

CPAP is not an option for all patients, in which case surgery is considered. Ear, nose, and throat doctors specialize in the surgical management of sleep apnea. Examples of surgery can consist of a simple nasal procedure or more complex airway reconstruction and nerve implants. Visit your local ENT provider to start your journey to having a better and more restful life!

Dr. Dharamsi is certified by the American Board of Otolaryngology and specializes in pediatric otolaryngology, chronic sinusitis, obstructive sleep apnea, and ear and hearing disorders.

What is Eustachian Tube Balloon Dilation?

Do I Have a Cold, Flu, or Allergies?

Allergies and upper respiratory infections, such as the cold or flu, cause similar symptoms, often making it difficult to tell…

Most Popular Ask the ENT Articles

This website uses cookies to improve your experience while you navigate through the website. Out of these, the cookies that are categorized as necessary are stored on your browser as they are essential for the working of basic functionalities of the website. We also use third-party cookies that help us analyze and understand how you use this website. These cookies will be stored in your browser only with your consent. You also have the option to opt-out of these cookies. But opting out of some of these cookies may affect your browsing experience.
Necessary Always Enabled
Necessary cookies are absolutely essential for the website to function properly. This category only includes cookies that ensures basic functionalities and security features of the website. These cookies do not store any personal information.
Non-necessary
Any cookies that may not be particularly necessary for the website to function and is used specifically to collect user personal data via analytics, ads, other embedded contents are termed as non-necessary cookies. It is mandatory to procure user consent prior to running these cookies on your website.
SAVE & ACCEPT
Back To Top